Poulenc’s genius with the setting of text is apparent throughout the opera, much of which consists of recitative that closely follows speech patterns. While there is an abundance of creative harmonic invention, the score is fundamentally tonal. Musical motifs reveal both character traits and the circumstances that formed them. The most arresting combination of the internal, spiritual, and dramatic musical worlds occurs in the celebrated finale: The fervent prayer of the Salve Regina is sung over a repeating figure in the orchestra, as each of the nuns meets her execution and their voices are silenced one by one. 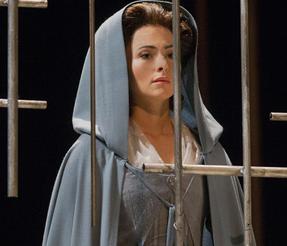 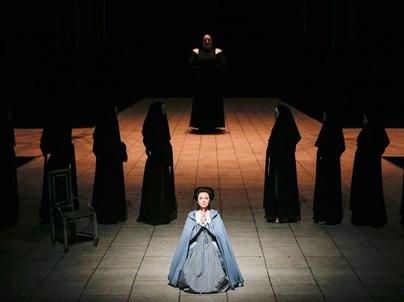 Yannick Nézet-Séguin leads the classic John Dexter production of Poulenc’s devastating story of faith and martyrdom. Mezzo-soprano Isabel Leonard sings the touching role of Blanche and soprano Karita Mattila, a legend in her own time, returns to the Met as the Prioress. 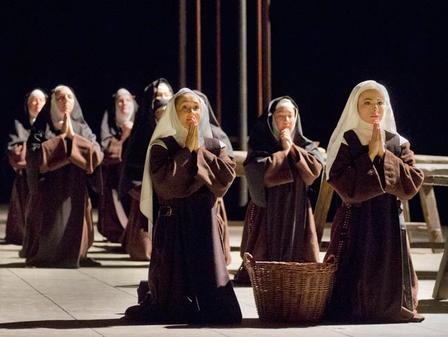 World Premiere: Teatro alla Scala, Milan, 1957. One of the most successful operas of the later decades of the 20th century, Dialogues des Carmélites is a rare case of a modern work that is equally esteemed by audiences and experts. The opera focuses on a young member of an order of Carmelite nuns, the aristocratic Blanche de la Force, who must overcome a pathological timidity in order to answer her life’s calling. The score reflects key aspects of its composer’s personality: Francis Poulenc was an urbane Parisian with a profound mystical dimension, and the opera addresses both the characters’ internal lives and their external realities.
​