NEW YORK POST--
"At times it seems as if Petty is not just offering an impersonation of Williams, but channeling his ghost.

HANK AND MY HONKY TONK HEROES: "The kids a hit! If you weren't a Hank Williams fan when you walked in, you were when you walked out.  He has Williams' moaning yodel down pat."
---Tom Uhlenbrock 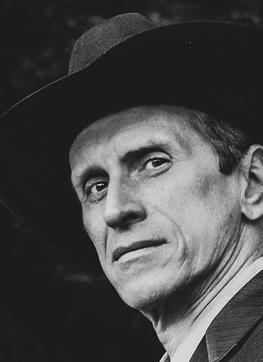 This Nostalgic look at Hank Williams and his influence on country music is amazing! Jason Pays tribute to those who influenced Hank and those Hank influenced including Jimmie Rodgers, Roy Acuff, Ernest Tubb, George Jones, and more. Don’t miss Jason’s Obie Award winning performance as he brings Hank’s music back to life in this insightful and energetic show.

Jason Petty has made a striking impression on New York’s Theatre District, starring in ‘Hank Williams: Lost Highway,’ which played to sold out audiences at the Little Shubert Theater.

Jason re-creates such Williams' hits as "I'm So Lonesome I Could Cry", "Your Cheatin' Heart", "Hey Good Lookin' ", "Kaw-Liga", "Cold Cold Heart", "Lovesick Blues" and many more. But this astonishing show is more than just a Hank Williams tribute...thus the title. Jason pays tribute to stars that influenced Hank and those stars that Hank influenced. Backed by an authentic four-piece band, "Hank and My Honky Tonk Heroes" will make you smile, make you cry, and make you clap your hands and stomp your feet with excitement.