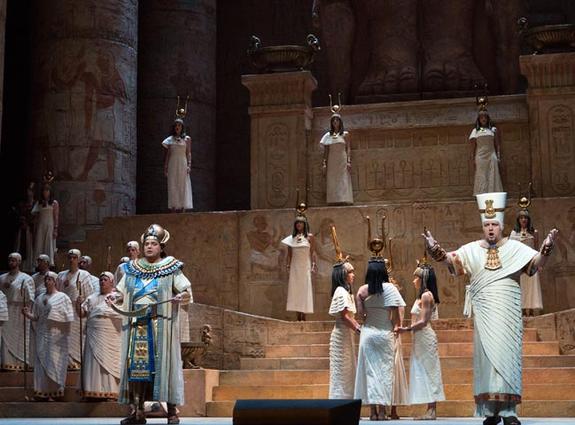 In a remarkable career spanning six decades in the theater, Giuseppe Verdi (1813–1901) composed 28 operas, at least half of which are at the core of today’s repertoire. His role in Italy’s cultural and political development has made him an icon in his native country. The story of Aida is thought to be the creation of Auguste Mariette (1821–1881), an extraordinary French archaeologist who was the founder of the Egyptian Museum of Cairo. Camille du Locle (1832–1903), who collaborated on the scenario with Mariette and suggested the story to Verdi, had worked with the composer on the libretto of Don Carlos. Aida’s librettist, Antonio Ghislanzoni (1824–1893), was a novelist and poet as well as the creator of some 85 libretti. 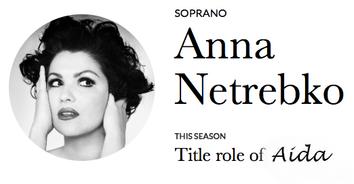 “In what should be a highlight of the new season, soprano Anna Netrebko sings her first Met Aida, going toe-to-toe with mezzo-soprano Anita Rachvelishvili as Amneris. Later in the season, a second star-studded cast takes over, with Sondra Radvanovsky and Dolora Zajick as the leading ladies.Tenors Aleksandrs Antonenko and Yonghoon Lee alternate as Radamès, and Nicola Luisotti and Plácido Domingo take the podium for the Met’s monumental production.