Growing up Travis was exposed to a broad variety of musical styles, from Country to Swing, to Rock & Roll, as well as Classical. His fascination with music and instruments led to formal piano lessons at the age of 9. Before long, Travis was writing his own songs. Over the years, Travis LeDoyt has developed into a truly remarkable talent; singer, performer, songwriter, and musician (piano, keyboard, guitar), but most of all he is fast becoming one of America’s most convincing, jaw-dropping tribute acts to ever grace the stage.  Although not an immediate fan of Elvis, as Travis got to know more about the man and his music, he came to understand why Elvis was dubbed and will forever be known as “The King” of Rock & Roll. Particularly appealing to Travis are Elvis’ early years, the Sun recordings, a time when a kid out of nowhere became a legend, not only for his music but for his generosity, his humility, his desire to be an individual whom his peers would not only admire… but respect. It is with the utmost admiration and respect for Elvis that Travis LeDoyt offers his tribute to the man who shaped a generation.  Born in 1977, the year Elvis died, Travis never had the opportunity to see the King. Through his remarkable resemblance and his incredible talent to emulate to perform the voice and style, Travis flawlessly captures the essence of Elvis in his prime. Specializing in the 1954-1959 years. He performs a one to two hour historic concert tribute with his band.

The reincarnation witnessed through his dynamic show is truly spectacular and offers for those who never saw the King, the next best thing. 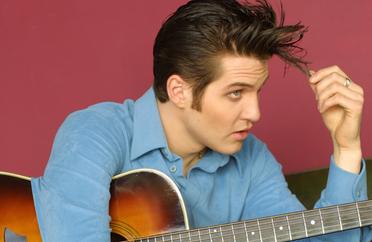 NY Times dubbed him as the “Best Young Elvis”. 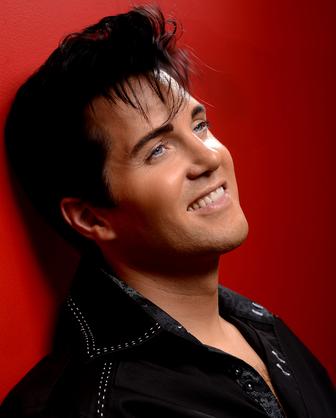