You can add HTML directly into this element to render on the page.

Just edit this element to add your own HTML.

Ted has also sung Gershwin with Audra McDonald in New York and with Marin Mazzie at the opening of the Santa Fe Chamber Music Festival. He appeared in the Frank Loesser Celebration at Symphony Space in New York City and was a soloist at Lincoln Center’s Avery Fisher Hall, singing Unheard Bernstein. Ted hosted the Yuletide Celebration in Indianapolis, singing with the 90-piece Indianapolis Symphony Orchestra. A few of the orchestras Ted has performed with as a solo performer include the Detroit, Syracuse, Charleston WV, Portland, Pittsburgh, Ottawa, Omaha, Baltimore, Las Vegas, Fort Worth, Edmonton Symphonies and the Dayton Philharmonic, as well as the National Symphony at the Kennedy Center. Ted made his Broadway debut in the highly acclaimed revival of Sweeney Todd, where he was seen as Anthony. Other Broadway and National Tour credits include Cyrano: The Musical, Mordred in Camelot with Robert Goulet, Freddy in My Fair Lady, Herman in The Most Happy Fella, Constantine in Hollywood/Ukraine and another Phantom too – in the European Tour of the Kopit/Yeston version.

singing “The Phantom of the Opera” during the half-time show of the NBA All-Star Game. Ted was deeply involved in the George Gershwin Centennial Celebration. He performed unpublished Gershwin at the opening of the George and Ira Gershwin Room at the National Archives in Washington, DC, which The New York Times reviewed as one of the ten best musical events of the year. 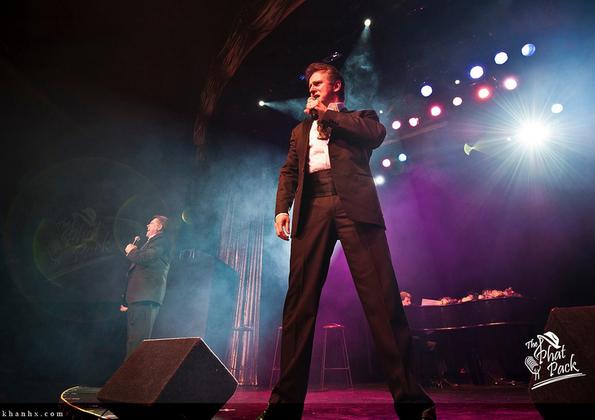 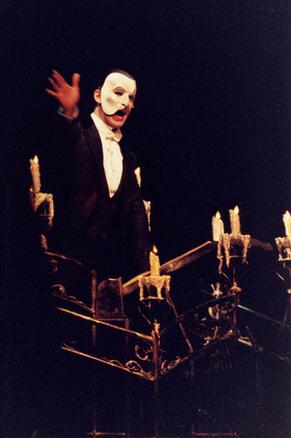 Ted Keegan is proud to be Broadway's Number 12 Phantom! Ted is a native of Watertown, New York with an undergraduate degree from Ithaca College and a graduate degree from UNC-Greensboro. He was last seen as the Phantom in Phantom the Las Vegas Spectacular. He starred in the National Tour of The Phantom of the Opera following a very successful run in the Broadway Company. Ted has performed the role in over 24 States across the country. He has had the great pleasure of appearing as The Phantom on television, performing live from Rockefeller Center for the “Today Show” on NBC. And he has the distinction of being the actor who has sung the role in front of the largest audience ever, when he made a spectacular flying entrance from the dome of Madison Square Garden