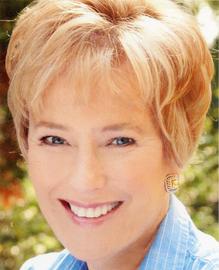 It is with great sadness we announce the passing of one of Cedar Creek Club's members,
Adair Simon.
To respect David’s desire for privacy at this time, please contact Judy Madden at CCC on Tuesday or Wednesday to have any messages delivered to David.
Please note the Endowments in her memory.

OBITUARY OF ADAIR BRYANT SIMON
Adair Bryant Simon, age 68, born August 14, 1950, in Ocala, Florida, died suddenly on November 8, 2018 in Atlanta, Georgia.  Adair loved the performing arts and began a career in acting by playing the naughty Bottom in Shakespeare’s “A Midsummer’s Night Dream” in her senior high school year as performed by Bartram School for Girls in Jacksonville, Florida. After two years at Hollins College, she graduated from Southern Methodist University in 1972.  She worked in Dallas, then moved on to work for Congressman Lawrence Fountain of North Carolina at his Washington, office. There she met her Marine, David Simon, whom she married in the Riverside Methodist Church in Jacksonville in 1976 and by whom she is survived after forty years. The two lived in Atlanta for many happy years. Adair continued her acting career, starring in a recurring role in the television series “In The Heat of the Night” and lead roles in the movies, “I’ll Fly Away” and “Just a Friend”. She had lead roles in “Cat on a Hot Tin Roof”, “Picnic” and “Godspell”. She taught advanced courses for the Dale Carnegie Training in Atlanta.
Adair and David moved permanently to Cashiers, North Carolina in 2001. Adair began a second life as a civic and performing arts leader. She was President of the Cashiers Friends of the Library and President of the Highlands Cashiers Players. She directed several successful plays for the Players including Neil Simon plays, and most recently, the “Rogers and Hammerstein Musical Revue”. She wrote in September that the reasons she loved acting and directing were “the joy I get from challenging myself, not only to remember the lines I have in a play but to breathe life into a character. As far as directing goes, I love to see a project filled with disparate people come together to make an engaging show for others to enjoy.” She was a blithe spirit and a focused organizer and team builder as Social Chairman of the Cedar Creek Racquet Club. Her friends remember her as a vibrant tennis player and for her infectious laugh.

Adair was President of Video Progressions, Inc. She produced an award winning documentary about the life of her father, Gov. Farris Bryant of Florida entitled “The Age of the Mind” which has been shown on Public Broadcasting Stations and which is available online. She also produced a documentary entitled “China’s Three Gorges Dam: A Flood of Controversy.” In lieu of flowers, donations would be welcome to the Adair Bryant Simon Endowment at the Cashiers Friends of the Albert Carlton Library, Inc., P. O. Box 2127, 249 Frank Allen Road, Cashiers, NC, 28717, and to the Adair Bryant Simon Endowment at the Highland Community Players, Inc. at P.O. Box 1416, Highlands, NC, 28741.
Adair is also survived by her older sisters, Cecilia Bryant Lipsey and Julie Bryant Felter, by her nieces Lela Felter Kerley and Danielle Felter Sheldon, and by their daughters, Adyla Lovett Kerley, Arden Rae Kerley, Collins Thia Sheldon and Bryn Farris Sheldon. Adair was the daughter of Gov. Farris Bryant and his wife, Julia Burnett Bryant.

A celebration of Adair’s life will be held the Ortega United Methodist Church at 4807 Roosevelt Blvd, Jacksonville Florida, at 10:00 a.m. on Saturday, November 17, 2018 followed by a reception.