Soprano Anna Netrebko’s dramatic and vocal skills are on full display in her next new role at the Met—Leonora, the Verdi heroine who sacrifices her own life for the love of the gypsy troubadour. Tenor Yonghoon Lee sings the ill-fated Manrico, baritone Dmitri Hvorostovsky is his rival, and mezzo-soprano Dolora Zajick is the mysterious gypsy with the troubled past. Marco Armiliato conducts Sir David McVicar’s Goya-inspired production.

A scene from Verdi’s “Il Trovatore.” 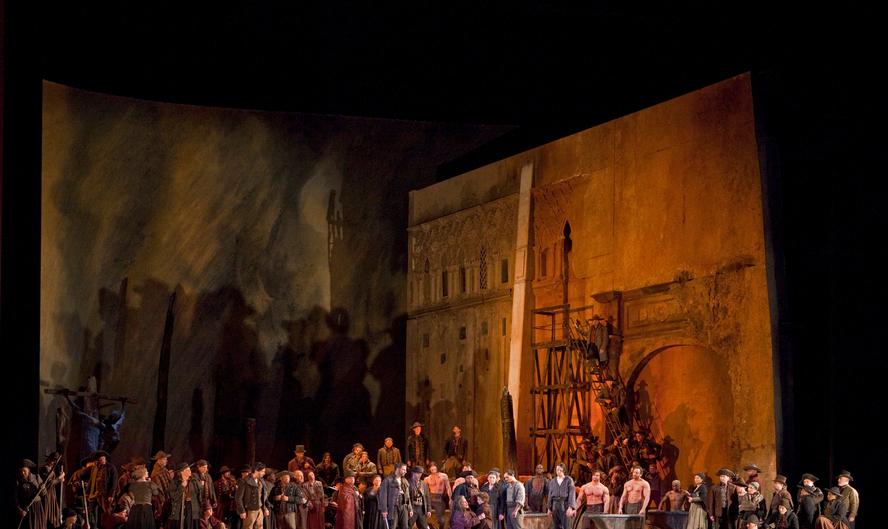